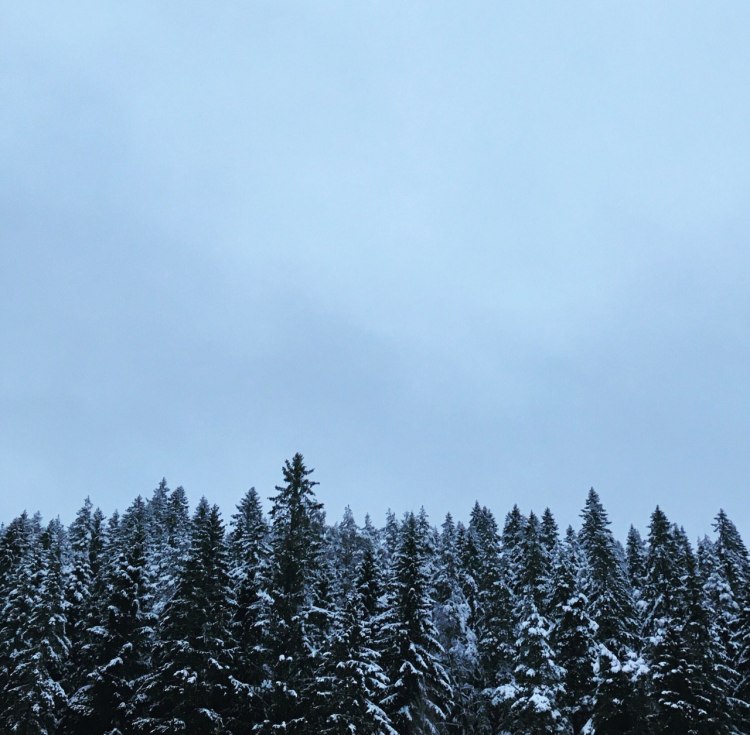 We are recording a new album at Clouds Hill in Hamburg. For us, this is as exhilarating as our first holiday trip to Greece in the 1990’s, but without the sad necessity of leaving our back-then gear of a cherry red Tama drum set and a pastel green Stratocaster back home – or at least this feels like something pretty close to that. We are excited to work with Sebastian Muxfeldt, who knows one thing and another of how to get our ideas on tape, since he has worked with artists like Elbow, Albert Hammond Jr. and Teenage Fanclub. And what a studio this is. Feeling happy, lucky and inspired!

We’re informing you that Ari is no longer part of NEØV. For past twelve years, there have been a deep friendship and a musical connection between us three, which has made these years wonderful, meaningful, fun, and, on the other hand, intense and comprehensive. We’re going to remain as friends with no hard feelings.

We’re grateful to Ari for owing so much of his time for the band. Ari is now looking for new challenges in his life, and wants to send warm thanks to everyone for the support throughout the years.

There’s no end without a beginning: the next chapter in NEØV’s story will now be written. Anssi and Samuli will continue making music together, and are going to record the next NEØV album at Clouds Hill in Hamburg next month. NEØV will continue touring with a new live lineup that will be announced later.

‘Raindrops’, a track from ‘Volant’, is featured in the October’s favourites of WDR 5, a German radio station. 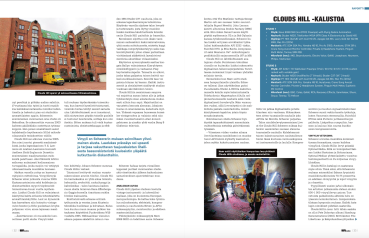 Happy to announce we’re playing SPOT Festival in Aarhus, Denmark in May. 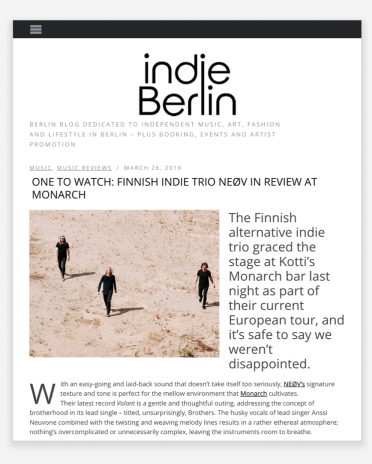 A Berlin-based website Indieberlin witnessed our live show at Monarch in Berlin and wrote a positive review about it.

One to watch: Finnish indie trio NEØV in review at Monarch 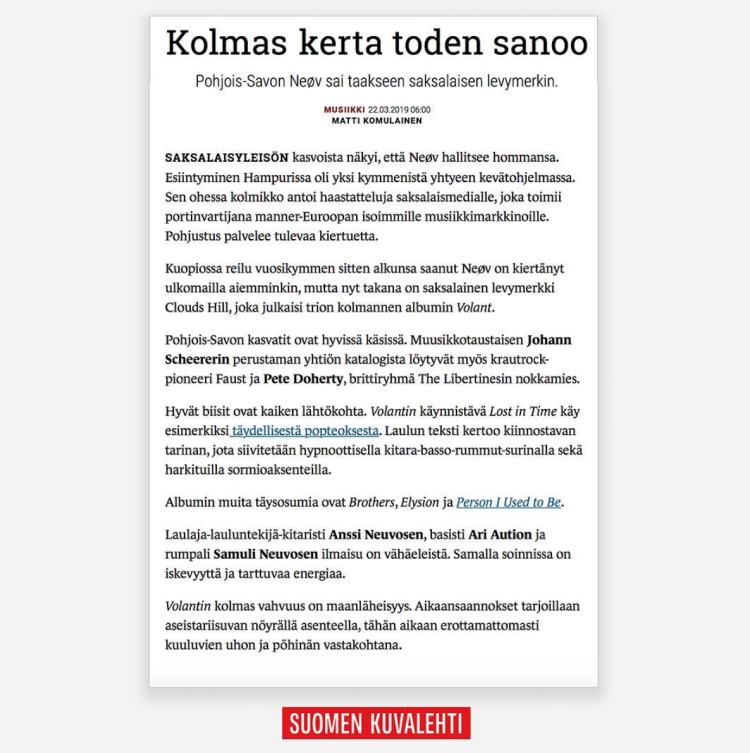 A Finnish weekly news magazine Suomen Kuvalehti wrote about Volant and our show at Clouds Hill in Hamburg. 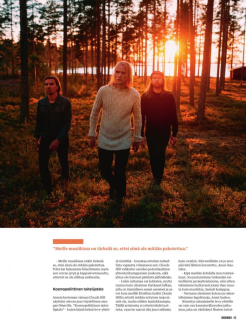 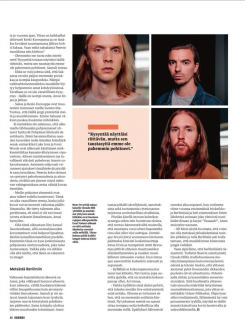 A Finnish music magazine Soundi interviewed us in Hamburg. The article is published in Soundi 3/2019.

A Finnish newspaper Pohjalainen gave a positive review for ‘Volant’.

After kicking off touring in Finland, it was time to travel to Hamburg for a couple of days. We performed a TV live session at TIDE and a special studio live show at Clouds Hill.

A new music video for ‘Brothers’ was released today. The German premiere is hosted by The Postie.

February 7, 2019
A five-star review from Germany 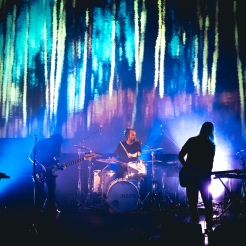 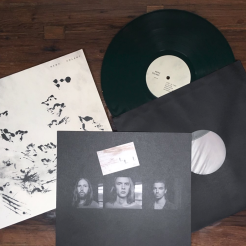 Yesterday felt like a one fleeting minute. Oh, my! So, so happy to share ‘Volant’ with you. Thank you for all the lovely messages. And thanks everyone at our release show at Maxim Kuopio last night. We really enjoyed it! Next stop: Helsinki.

‘Volant’ is the album of the week on Radio Helsinki. Anssi was interviewed by Laura Friman.

We were interviewed by a Finnish newspaper Savon Sanomat. 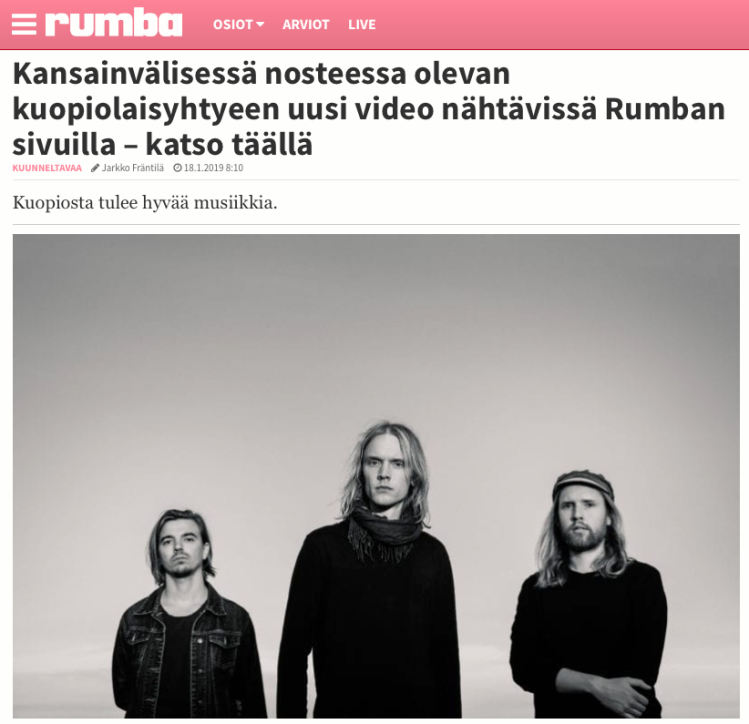 ‘Lost In Time’, a new single and music video from our upcoming album ‘Volant’ was released today. The video was premiered by a Finnish music magazine Rumba.

Our new single, ‘Person I Used To Be’, is out now. Thanks Spotify for spreading the word. Also, we just announced a European tour including 20 concerts (ticket links in the TOUR section upon).

‘Elysion’ has been featured on more than 20 German radio stations. We’re humbled and thankful, Vielen Dank. 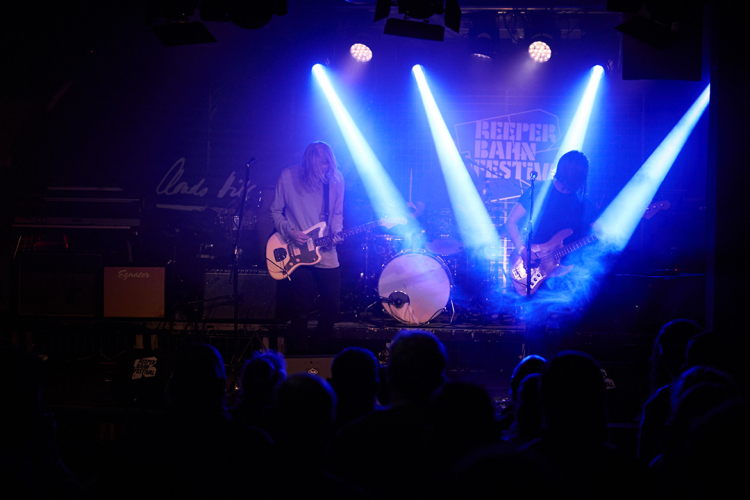 Reeperbahn Festival was a pleasure. We played four shows, including a sold-out show at Molotow, and ran from one interesting interview to another. Hamburg was rainy and full of wonderful people. Now some sleep! 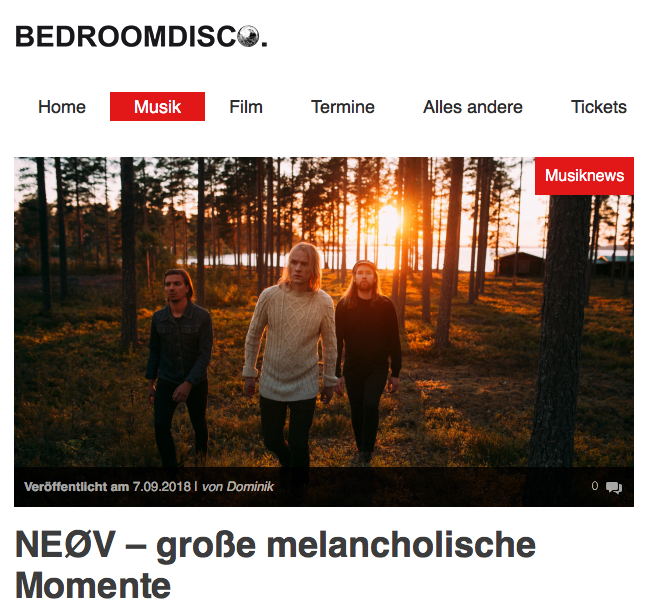 ‘Elysion’, the first single from our upcoming album is finally here. The video was shot in Eastern Finland by a Hannover-based duo Stabil und Grazil, and it was premiered by a German website Bedroomdisco.

We’re happy to announce that we’ve signed to a Hamburg-based label Clouds Hill. It’s been a long road since we started playing and making music together. Thank you everyone who has helped and supported us along the way!

This week, we’re on the road in Finland with Stabil und Grazil and Max Hartmann (with their many cameras).